Linden Lab as a usability problem.

They cater Second Life towards a general audience of hobbyists, but then make the tools more difficult to figure out than similar tools found in programs aimed at professionals. For a good example of this, let's compare creating an NPC in Bethesda's creation engine compared to creating an Animesh NPC in Second Life.

To create an NPC in Skyrim or Fallout 4, you open up the creation kit and you're met with an interface like this: 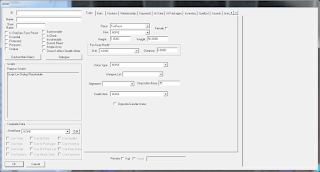 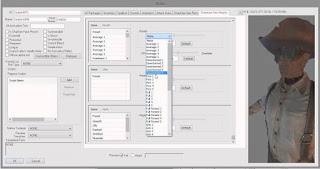 From this interface you can easily and quickly set up the NPC's skin, bodytype and other physical features. You can assign them to a specific cell in the game, choose the actions they can use, the equipment they're carrying, create dialog trees, their voice type and much more. Once all that is set up, all through the simple interface pictured above, adding the NPC to the world is as simple as click and drag. You've finished setting up an NPC that will wander around, interact with furniture, has all their animations, audio clips, everything.

This is a tool used by professionals, and serious hobbyists, and yet to do the same thing in Second Life takes substantially more work. To keep things simple, let's focus on just one aspect, creating your NPC's appearance. Now, as of this writing, you are unable to change the appearance of an animesh NPC. Shape support is coming, and apparently soon, but to apply a shape to an NPC you will need to write a script. That's right, no sliders, no preview, just you and a text editor. You need to apply the script. Height, bodyfat, head size, arm length, hand size, each of these is a line of code in the script you'll have to write.

Imagine for a moment you were making a character for a videogame, the character you're playing, one that gives you a lot of freedom with regards to your character's appearance. You'd get something like one of these interfaces: 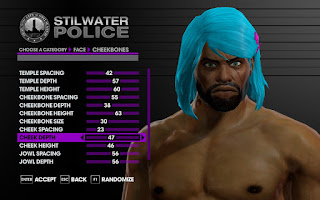 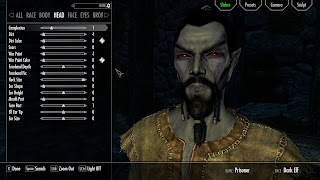 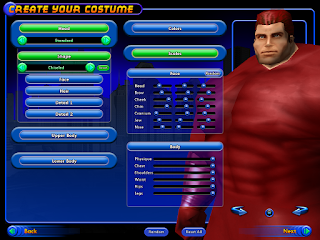 Imagine if in any of these games, instead of the appearance editor you were met with this: 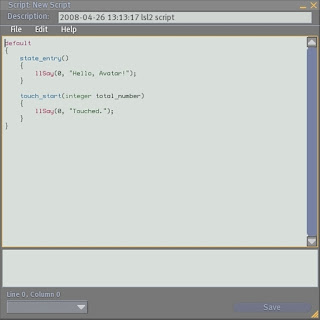 No appearance editor. No sliders. No preview so you could see your changes in real time. Just a text window in which you would have to use C++ or some other script language to write a program to determine your character's appearance. How far do you think you'd get?

THAT is what Second Life expects of you, when you want to create an NPC. According to the lead developer on this project, there are no plans to ever provide an interface. They expect it to all be done via script, and they think that's good enough.

I don't mean to single them out, it's not a decision they should be in a position to make. The problem is that Linden Lab has plenty of programmers, but no designers. At least not when it comes to developing SL and its tool set. That is why it's not just this one feature. Everything in Second Life is this overly complicated. Want to apply an animated texture to the face of an object? You write a script to do that. Want to have a boat sail around in a circle? Get ready to write some code! Want to make a chair people can sit on? You need to write a program that will play the animation, and position the sitting avatar with the correct position and rotation.

It is because of this complete lack of end user accessibility that many of Second Life's features go entirely ignored. Years ago we got the ability to create paths for objects to move around, as well as behaviour patterns and interactions, but you'll probably never see anyone in SL using these features. If you tried, you'd likely find it easier to boot up Unity and make your own videogame.

This is Second Life's usability gap, and it has consistently been one of SL's biggest obstacles to success.

Look, Linden Lab. Ebbe. If on the off chance this blog ever catches your eye, you need to hire some design people. I'm not talking programmers, you have plenty of those and I'm not disparaging their talents, but what you need to compliment those programmers are people who understand what the end users need to actually make use of Second Life's features and tools. People who can communicate those needs to the programmers. People who can write a design doc, then work with the programmers to make it a reality.

Maybe you already have people like that but don't put them in a position where their expertise makes a difference. Maybe you don't and you need to look elsewhere to bring that kind of experience and talent to the table. Whatever the case, until you recognize your company's blind spots and hire the right people to shine light on SL's real problems, you won't be able to substantially turn around SL's decline, and you won't be able to create a next generation platform that people will actually embrace. You'll just keep tripping over the same problems Linden Lab has been blindly stumbling over for decades.
Posted by Penny Patton at 1:47 PM