I often talk about the need to optimize content in Second Life, and frequently I find people underestimate just how much that would improve SL for everyone. People seem to think that because SL is so old it must just have a badly aged engine and optimizing content would only improve things a little.

Here is the reality:

If your computer was made in the last 10 years and includes a videocard, you should be able to run SL at around the max settings, never experience texture thrashing (when textures in SL are constantly going blurry), never experience stuttering (when SL freezes up for a moment), and if you have a reasonably decent net connection then everything in Second Life should load lightning fast.

Second Life should look this good for you at all times: 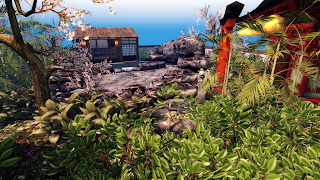 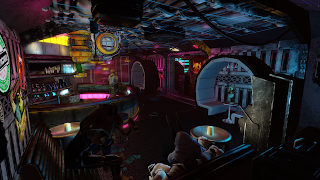 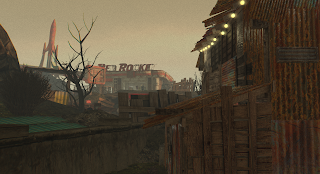 And I'm not just talking you, by yourself, in a sim that looks as good as these screenshots, I'm saying you should be able to hang out in a sim with that level of detail, surrounded by about a dozen friends, and still keep your framerate around 30 FPS, if not better.

That's with deferred rendering, depth of field, shadows, and all the shiny features turned on. 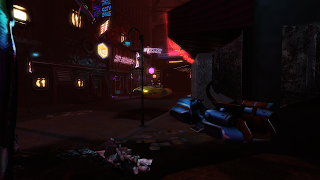 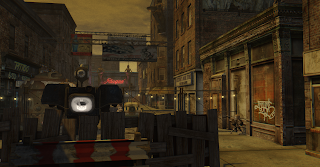 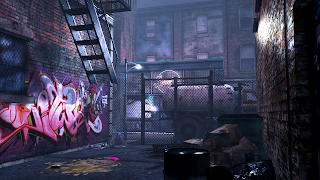 If you have a computer made within the last 10 years that includes a videocard, what would today be a low to mid range videocard it doesn't matter, and that is not what Second Life is like for you, it is 100% the fault of unoptimized content.

Here are the specs for the computer all of the above screenshots were taken on:

In sims I made myself, or the handful of other locations in SL created by people who put in the same amount of effort to optimize their work, that is my SL experience. In terms of graphics, SL runs like a dream on my 10 year old computer.

If you have a computer with equal or better specs than this, and Second Life does not look like this for you ALL THE TIME, with no "visual lag" whatsoever, no long rez times at all, no blurry textures or any other graphical issues, all with 30-60FPS or better, then compare what you do experience to this because that is how much you, personally, are being affected by unoptimized content.

What about people running on much less powerful computers?

What about people running SL on laptops or other computers with no dedicated graphics card?

For some reason, a lot of people seem to draw the crazy conclusion that optimizing content won't help people running SL on a toaster. I shouldn't have to point this out, it really should be obvious to anyone, that the less powerful your computer, the more you are affected by unoptimized content.

So, I tested each of those sims on a Microsoft Surface Book from 2015. The version without the optional graphics card, so it's running Intel onboard graphics.

At low graphics settings I got a comfortable 30-40fps in all of the pictured sims. No texture thrashing. The only stuttering I noticed was when scenes were still loading, which did not take long even on a wireless connection.

I was able to turn on everything short of deferred rendering (Advanced Lighting Model) and my fps still remained in the 20's. Turning on deferred caused my FPS to tank down to 8fps.But I was still able to run SL with shiny, glow, bump mapping, local lighting, everything short of deferred rendering at a comfortable 20fps. No texture thrashing. No stuttering except during the (very brief) times it took each sim to load.

I had a Toshiba Portege from 2007 that I used before the Surface Book. I actually kept SL installed on that laptop because it actually ran SL better than the Surface. If I can find the power cord and spare batteries, maybe next I'll dust that off and give SL a go, but I think I've made my point.

If SL content creators put in the minimal effort to optimize their work, everyone would be enjoying the substantial benefits. That is a hard fact.

Aren't you expecting too much from hobbyist creators?


No. Full stop. If you're asking that question I can only assume you are not a content creator. Optimizing content is easy. Extremely easy. Anyone who has the skills necessary to create content in the first place already knows enough that optimizing their content would be simple for them. It adds a couple extra steps, and may cause a project to take a little bit longer to finish, but it won't be difficult for them at all.

Here's my guide for creating your own LOD models so you can have fantastic looking content with a low Land Impact cost, without telling people to murder their framerates by forcing everything to full LOD by cranking object detail way up.

Here's my guide featuring a few simple optimization tricks anyone can do, regardless of your skill level.

If you're a content creator who already has a basic grasp of Blender, here are a couple of guide series I highly recommend you check out. They will teach you all you need to know to create better, more optimized models.

For Beginnings: The Donut Tutorial!

The Donut Tutorial gives a brief introduction to UV unwrapping, but the Anvil Tutorial goes in-depth on how you can create models with no wasted texture memory. You want to fit all the details you can onto as few texture maps as possible. Always.

Both tutorials are super easy to follow, Blender Guru doesn't skip or gloss over important steps, but he also doesn't drag things out, so the tutorials move along at a quick, but not too quick, pace. I highly recommend them to anyone creating mesh content for Second Life.

Linden Lab would benefit probably the most, because it would be a lot easier for them to draw many new Second Life users into the fold. And that would mean healthy growth, and LL would be able to afford to put even more resources into making SL even better for everyone.
Posted by Penny Patton at 9:42 PM