I've been incredibly busy lately outside of SL lately which has kept be from working on a couple of articles that have been brewing in the back of my head. Maybe later in the week I'll update "A Matter of Scale" with some additional thoughts on how the topic affects things like frame rates and even how fast your avatar moves in SL!

People don't generally make these connections but scale really is a fundamental of design. This means it affects pretty much everything. Especially in SL where we deal with set limitations like the speed at which avatars move, the distance at which avatar chat can be heard, etcetera.

Yesterday, however, was the first time in weeks where I could really just try and relax. Since the project I've been working on outside of SL has been drawing I decided to have some fun with 3D modelling. I should start playing more with mesh, but I couldn't resist. I've been having a lot of fun seeing what I could do with a single sculpted prim.

I showed off the 2 prim lamp I made a couple weeks ago (where the lamp itself is only one prim), yesterday I decided to tackle an idea I had years ago but never seemed to find the time for. A simple camping tent! A single prim a-frame tent. with two support poles and four stakes. 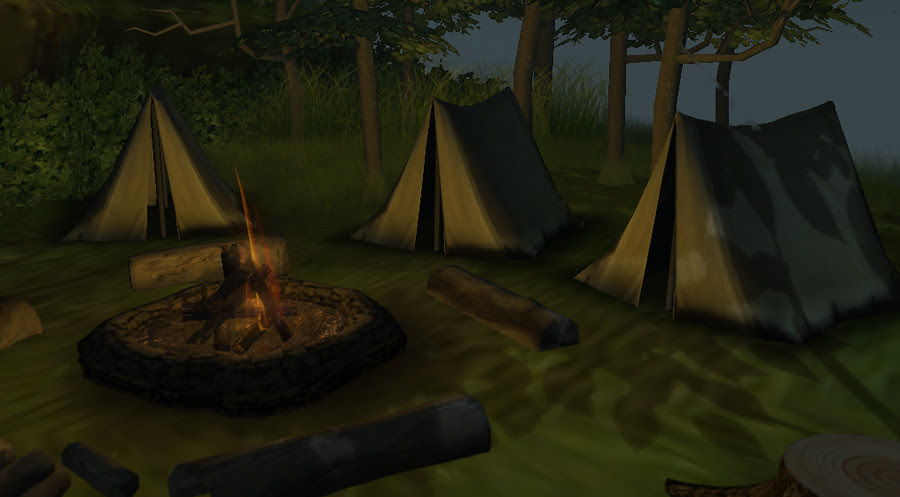 I'm considering adding a second prim to have some ropes and additional stakes. I'm also debating on adding features like sit poses, otherwise I may release it as-is, a copy/mod 1 prim sculpted tent. I totally need to finish up that campfire, too. Waiting on some scripting for that.Still has a few bugs to work out.

Right now I have both the lamp and the tent out at the Island of Milk & Cream for people to see.
Posted by Penny Patton at 9:00 AM